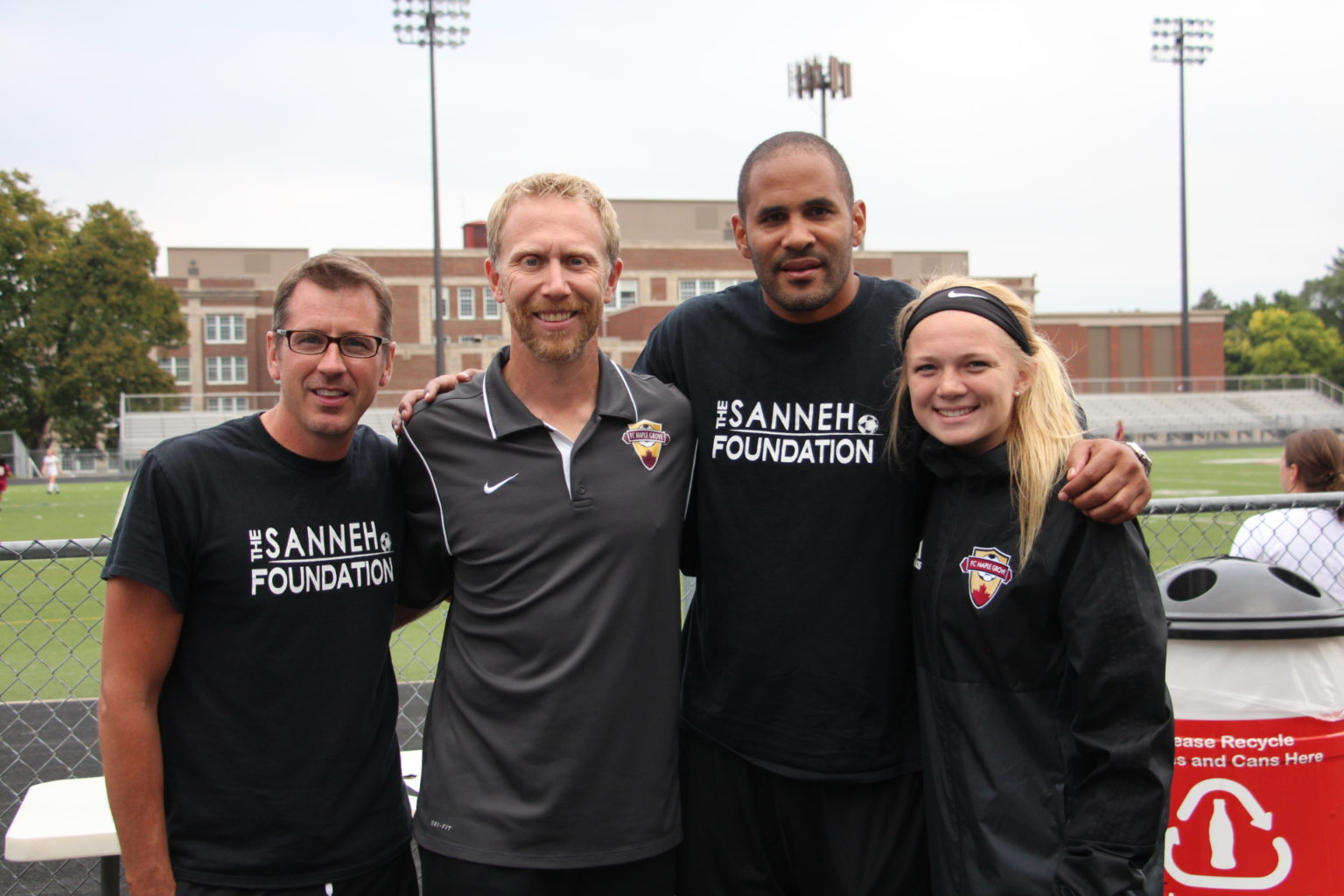 Meredith Haakenson of Maple Grove senior high school is the winner of the 2016-2017 Minnesota girls soccer Gatorade Player of the Year. Upon receiving this great honor, she decided to donate her $1,000 award to The Sanneh Foundation. “Their goals match up with my goals with targeting people that they are trying to help,” says Meredith when asked why she decided to donate her award. Meredith found out about The Sanneh Foundation from her church when they were looking to do community outreach. She then got involved with The Sanneh Foundation by coming to volunteer at the Conway Community Center.

Meredith has scored 18 goals and 9 assists this year, winning the 2017 Minnesota Ms. Soccer award, and being invited to play in the high school All-America game in December.  This year, the Crimson has come back better than ever, defeating the defending state champs Centennial high in the section championship and headed to its first state tournament appearance. Meredith is committed to the University of Michigan for soccer where the sky is the limit. Thank you to Meredith for donating to The Sanneh Foundation!  Watch our interview with Meredith and her coach Ben LeVahn below.