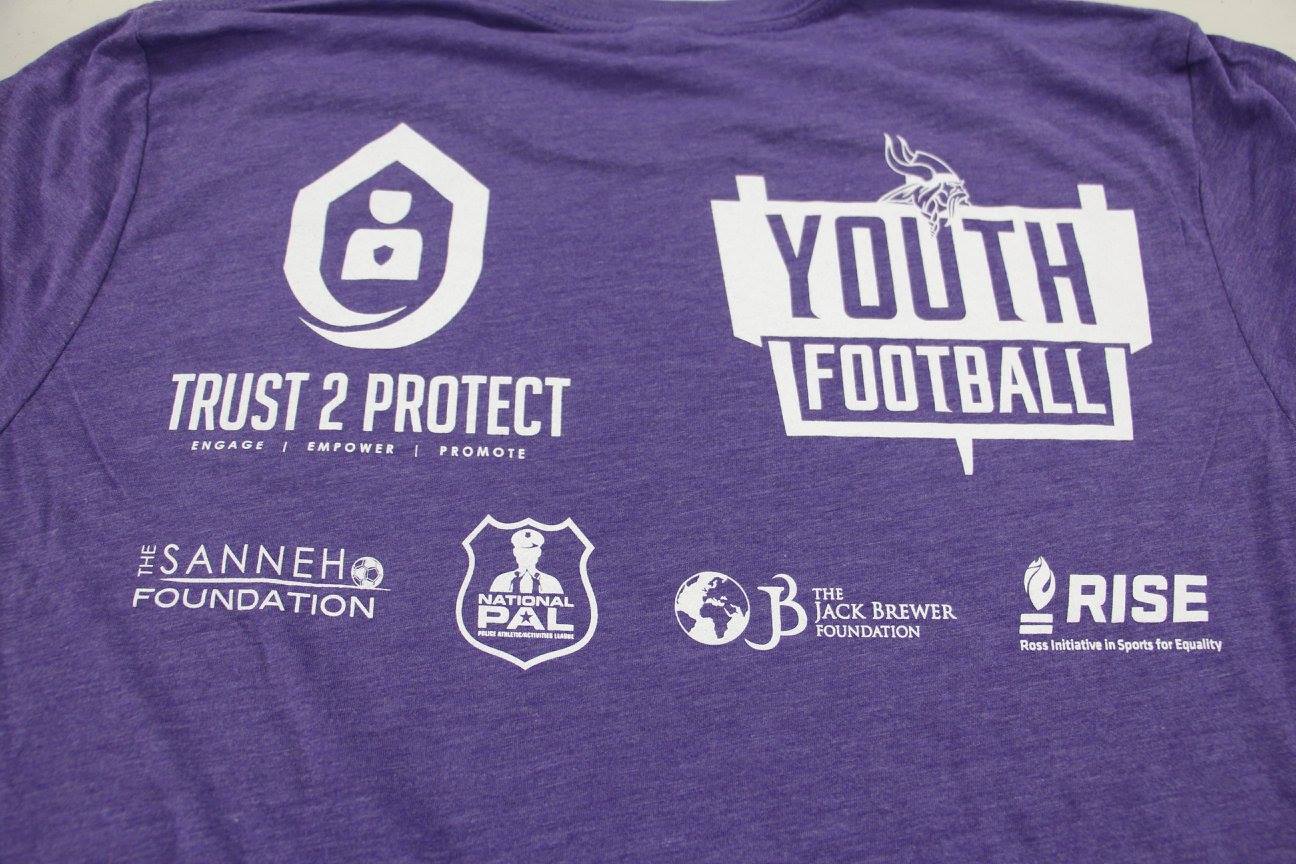 Tony Sanneh and The Sanneh Foundation along with Ross Initiative in Sports for Equality (RISE), the Jack Brewer Foundation, Minnesota Vikings (and Viktor the Viking), Trust2Protect, and the National PAL, all came together to host the American Heroes Launch & Youth Football Celebration at the West St. Paul sports complex, in the purpose of recognizing and bridging the gap between law enforcement and youth, through the power of sports and education.

The Sanneh Foundation was able to bring Conway youth with us to join many more wonderful youth from around the metro to participate in an unforgettable day meeting new friends, learning skills, gaining knowledge, and drawing inspiration that will stick with them for the rest of their lives.

The camp kicked off with a warm welcome and introductions from former Vikings safety Jack Brewer, executive director of National PAL Jeff Hood, and the RISE vice president of leadership and education programs Kim Miller, who each let the kids know to have fun and to be engaged.

After the introduction, young athletes were split up into stations centered around trust, teamwork, and community building. In these stations, students participated in interactive activities such as trust walks, and team exercises like building a Lombardi trophy. Each station featured a uniform police officer to connect with the young athletes a well as share their experience on selected themes.

A surprise visit and Q&A session from Super Bowl MVP and 2018 Hall of Fame class member Ray Lewis took place as he snuck into the building when no one was paying attention. The kids flocked to him as soon as he was announced. The two-time super bowl champion and 2018 Hall of Fame inductee answered questions ranging from what drove him to make in to the NFL, to what teamwork means to him.

Lunch was served before the kids got into some football drills following a warm-up led by Viking great E.J. Henderson who know serves as the youth football manager for the Vikings. Passing, catching, agility, and a full-on flag football game allowing athlets to line up against officers and show their moves.

The American Heroes camp was very important in the development of young athletes to eliminate the negative stigma around officers and show them that the people who serve and protect our neighborhoods were once in their shoes. It was also a chance for students to meet current and former NFL players and hear their stories, letting them know that they too can play professional if they continue to make the right decisions.

Thank you to all partners who helped make this Minnesota Super Bowl 2018 event happen and a special thank you to the West St. Paul Police Department. Play the recap video below, courtesy of RISE.