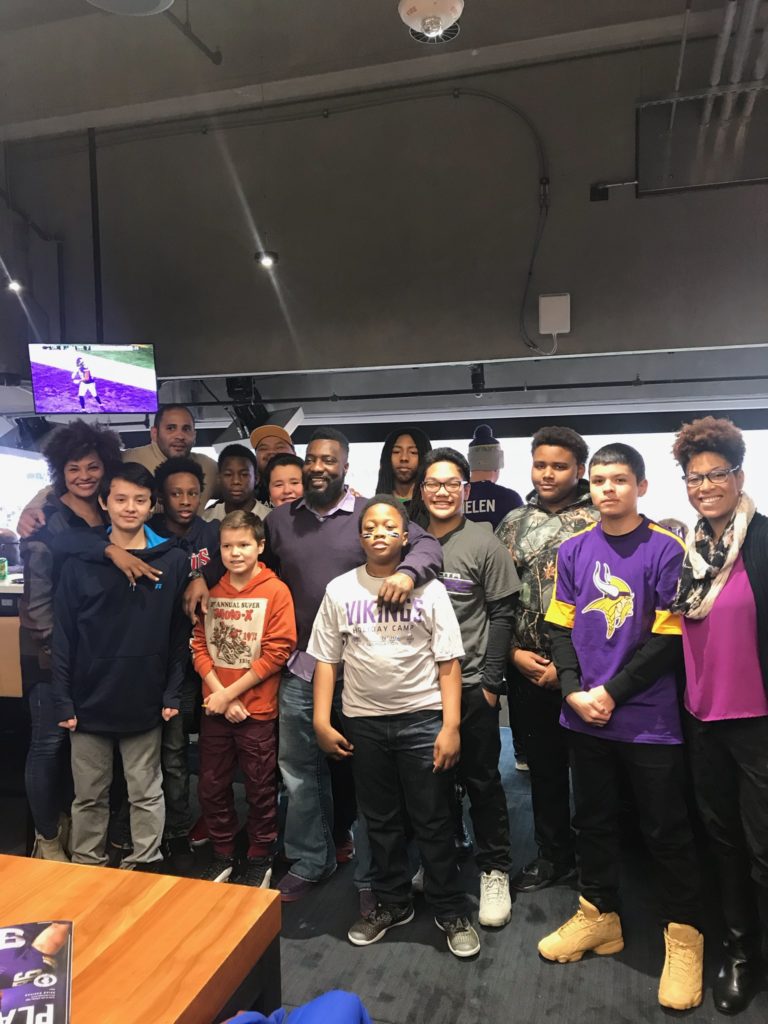 Conway Community Center's East Side Blaze football team had a great experience at the Minnesota Vikings football game today. It was the Vikings last regular season game versus the Chicago Bears at U.S. Bank Stadium, where home-field advantage throughout the playoffs were at stake. The Minnesota Vikings have had one of the best seasons historically this year, dominating the NFC North conference with a tenacious defense, and putting points on the board with an offense that no one suspected to be this good with suffering injuries and rebuilding.

The East Side Blaze youth were surprised to be able to watch the game from a club-house suite where they were greeted by Tony Sanneh. For some, it was their first football game, and for all of them it was their first time in a suite. Kyle, a player on the team, celebrated his birthday today as well. Amongst all of the excitement, players also got to meet Sanneh Foundation Board member Roxane Battle, as well as Jim Thorpe Award winner and 2x super bowl champion Tyrone Carter! Most importantly, the youth got to see their dream right in front of them, watching some of their favorite players and imagining themselves on the field.

The Vikings pulled off a 23-10 win to finish the season with thirteen wins and three losses, earning playoff home field advantage and a first-round bye. The Sanneh Foundation was thrilled to be able to bring the kids to the game. Thank you to the Minnesota Vikings for the tickets and awesome hospitality and atmosphere. Watch the video below to see the full experience. Skol Vikings!