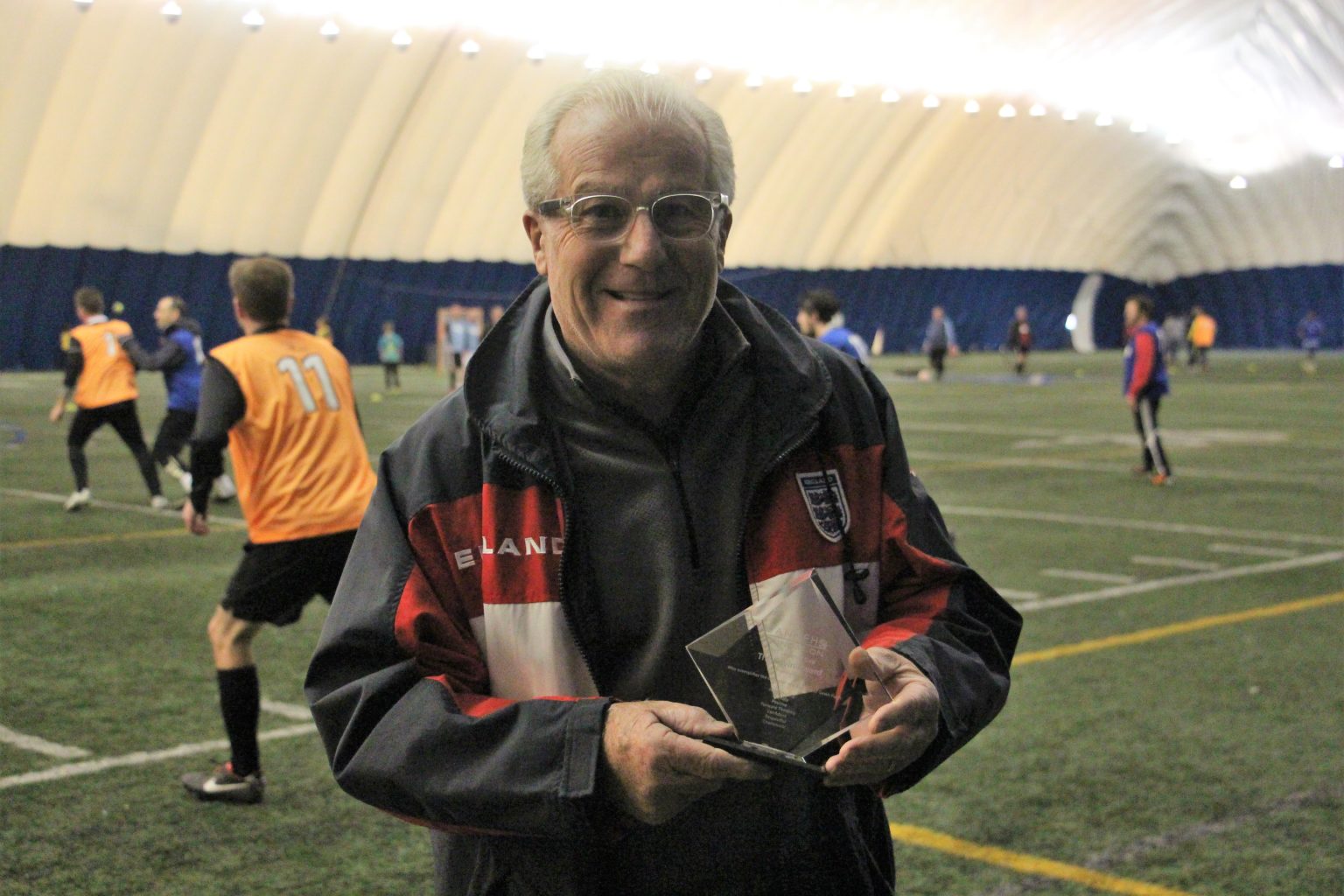 The Sanneh Foundation held its 6th Annual Legends Cup at the Holy Angels Academy sports dome in Richfield Minnesota. It was a time of fellowship and re-kindled competitiveness in the soccer community of Minnesota. Various groups came out to play in the cup, including soccer teams from Apple Valley, the MN United support group Dark Clouds, former Minnesota Thunder players, and more legends alike. High-school and college teams from across the metro made an appearance as well as each year more and more youth participate. This year, 16 teams registered for the event, which placed teams in leagues based on competition level which featured the legends teams ages 30 and up, future legends teams ranging from high-school to college aged players, and supporter teams for friendly competition.

The Sanneh Foundation’s annual Legends Cup purpose is to bring together the Minnesota soccer community and its families in a positive space to honor and remember what the game of soccer has done and is still doing for all members, while also raising money to support those in the soccer community going through medical hardships. The 6th Annual Legends Cup raised $3,200 through registration and donations. For the second year in a row, proceeds will go to help the family of the coach John “Sly” Sylvester, a beloved member of the soccer community that we lost to ALS. Soon after he passed, his wife received a call notifying her that she had been diagnosed with cancer. Sylvester was and still as an important member of the Minnesota soccer community for the amazing legacy he has left behind in both his playing career and his coach career.

Last year was the first presentation of the inaugural "Gavin Award." The award was made in honor of Minnesota soccer community legend Gavin Pugh, who passed away due to complications of ALS two years ago. The award criteria was developed in consultation with his family based on his qualities as a father, husband, coach and community member. The Gavin Award was given to the player or person who best exemplifies Gavin's traits as hardworking, friendly, positive, forward thinking, confident, respectful, and charismatic. This year’s recipient of the Gavin Award winner was Eagan high school boys head soccer coach, Alan Merrick, who was also a friend of Gavin.

Merrick had an illustrious career in soccer. Hailing from Birmingham England, Alan Merrick made his way to Minnesota first, by playing for the Minnesota Kicks in 1976. Then, moving  around the U.S. playing for various leagues earning many awards and accolades along the way, Merrick returned to Minnesota upon retiring, to coach in four seasons with the Minnesota Strikers, before becoming the head coach of the University of Minnesota men’s club team, and eventually becoming the head coach of the boys soccer team at Eagan High School. In the last 20 years he’s coached thousands of kids through camps, clinics and various coaching around the metro. Alan Merrick remains a well-respected soccer coach and player by many. When asked his thoughts on winning the Gavin award, he answered, “It is nice to have his name on a trophy so that he is remembered for all of his efforts that he made.”

What started as a conversation between two former rivals from Apple Valley and St. Paul Academy has turned into an eventful day full of fun gathering and competitive spirit, while also supporting great causes in the community and recognizing the importance of those who have continued to make a difference within the game. After the tournament, teams got together for dinner at a local spot down the street from the dome.

The future is bright for the Legends Cup, as each year it is getting bigger and bigger. Thank you to everyone who came to play and fellowship, and thank you to Holy Angels for donating their space for us to use. Watch the recap video below!