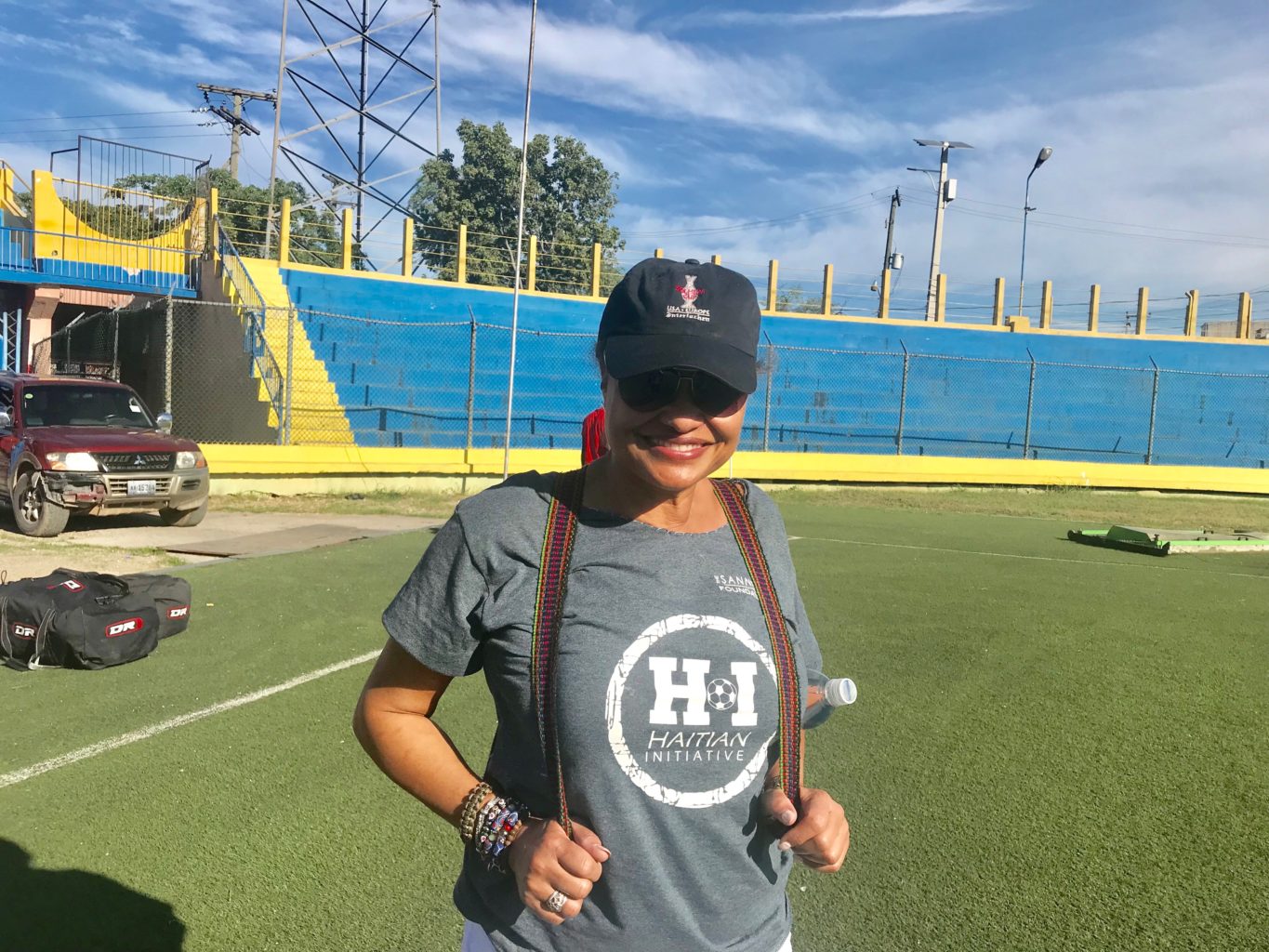 In a previous life I often traveled to various corners of the world, four of the seven continents in fact: North and South America, Europe, and Africa.

That was a long time ago.  Life has its own ebb and flow and over time I have found myself surrounded by new names and faces, and new exciting and exotic places to go. While that’s a story for another day, let’s just say, today after a long global travel hiatus, I dusted off my passport, which thankfully had not yet expired, and took to the sky again.

This time it’s Haiti, a tiny island in the Caribbean, often forgotten about, dissed (hashtag not my president) and dismissed by the rest of us in the Western Hemisphere.

But not by The Sanneh Foundation. Since 2010, founder, CEO and retired rock star professional soccer player, Tony Sanneh, has come here and used soccer as vehicle to bring change to a place so desperately in need of little attention and a lot of help. First, after a devastating earthquake and every year after that. No swooping in and playing the short-term hero for Sanneh. No flash and dash for TSF.  The Sanneh Foundation’s Haitian Initiative is a long, sustained and intentional effort to bring about change for the better here, through education, daily soccer with a staff of trained coaches and daily hot meals for hundreds of kids.

That’s why I’m here. Leaving the comfort of my Minneapolis Uptown flat to volunteer for a week in one of the poorest, most stigmatized, countries in the world.  I’m here to give of my time and talent, to see what I can do. How I can help.  This is a story that needs to be told and as a former television news reporter, this is a story I am chomping at the bit to tell.

The day started at 3:53am with a text from my 24-year-old son, telling me he was on his way to take me to the airport. At 5:30am he dropped me off at Twin Cities International and with no prompting at all, volunteered a ‘ love you Mom, be safe’ before he drove off in the morning darkness.

Waiting for me inside the terminal was the rest of the Sanneh Team; PR specialist Meredith Moore Crosby, and soccer coaches Donny Mark and Simon Whitehead.

All I had with me was a carry-on filled with t-shirts, shorts, sneakers, my laptop, toiletries, motion sickness medication and Pepto Bismol tablets.

We checked four large black canvas bags, weighing 50 pounds each, which TSF staff  had filled with donated soccer gear, cleats and t-shirts that will be distributed to the participants of the Haitian Initiative in Cite Soleil, long considered by many to be one of the most dangerous places to live in all Port au Prince.

We took off from Minneapolis International at 7:24am, caught a connecting flight in Atlanta at noon and landed in Port Au Prince mid afternoon.

Going though customs I had a flash back of a trip I had taken to Nigeria; the buzz of activity, the dim lighting, the crowded baggage claim area and smell of bleach used to sanitize the ladies’ room.

And there, negotiating our clearance through customs, was Tony himself, boots on the ground, clad in shorts and an eponymous T-shirt, surrounded by his own security team, translators and off-duty Haitian police officers whose sole purpose was to keep us safe for the entire week and see that we returned to The States intact.

Meredith, Simon and I piled in the back of a silver SUV and bit into protein bars. In front Tony on the passenger side and his top security guy, Pouchon, in the driver’s seat.  Donny was in another car with the gear.

Again, another flash back: as far as I could see Haitian people surrounded the small narrow parking lot, speaking in a language I did not understand… some Creole some French.  It reminded me of when I was in Ghana; the bright sun and heat causing moist brows, the congestion, the narrow roads and near misses of the cars heading in the opposite direction. If there are traffic laws in developing countries, no one seems to know what they are; they’re more like suggestions rather than rules.

As we pulled out of the airport, Tony morphed into tour guide, pointing out how he had seen the rebuilding of the city after the devastating 2010 earthquake.

“You see over there,” he said, pointing out the passenger window at a small grassy area, “When I first came here that was a tent city with a 100 families living there.”

We didn’t say much after that. We were all taken in by this small country, with its narrow roads and crowded pick-ups converted into open-air taxis, its congested roads and many motor bikes piled two and three passengers each.  The Haitian people, with their beautifully hued, deep brown skin, groomed and dressed in stylish Western clothing, looking, despite the heat, as if they had just stepped out of a Macy’s ad. The contrasts, the contradictions, the need to help, all of this nestled beneath looming behemoth majestic mountains off in the distance.

This is going to be quite a week.