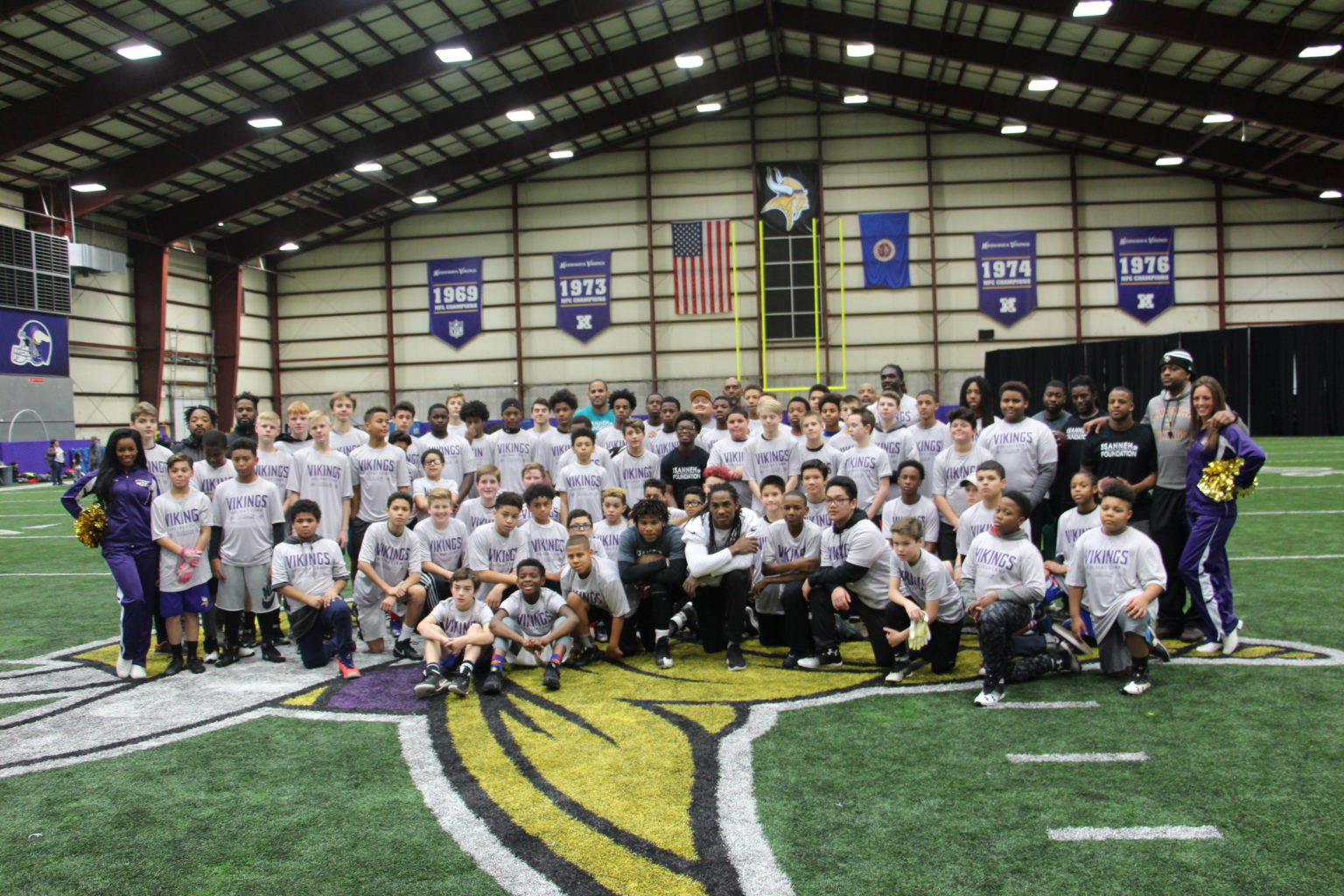 Friday, December 29th, Tony Sanneh and The Sanneh Foundation co-hosted a holiday football camp with E.J. Henderson and the Minnesota Vikings over the holiday break at Vikings Winter Park indoor facility in Eden Prarie, Minnesota. A bus brought 25 kids from Conway to the camp, including Conway’s East Side Blaze youth football team and neighboring Lower East Side youth football team, as well as high-school volunteers from Johnson Senior High, and Hill-Murray School to meet with youth from Eden Prarie Schools. 60 youth in total from across the state ages 12-14 including participated in character building activities, drills, and flag football at the camp, on top of ending the day with dinner and awards.

The kids funneled into the Vikings practice facility at 3pm where they were given camp shirts to change into and time to run around before being placed into lines to be led through an extensive warm up by former Viking linebacker E.J. Henderson, and split into groups. The first set of drills were catered to offense, including sideline catches, ladder agility, route running, and target passing, with volunteers at each station. The second set of drills were catered to defense, including interception drills, tackling drills, and more. Players rotated through each station in groups, while cameras flashed, an appearance was made by the Viking cheerleaders, and some players even got interviewed by media, making them feel like a real pro athlete. In the middle of the camp, players were surprised by Vikings safety Anthony Harris, who spoke about his background, what it means to be a student-athlete, and answered questions from players! Anthony met and autographed cards for each camper, and took a group photo with all the campers.

As the camp came to an end after flag football games, players were called into a meeting room where they were called up for dinner catered from Rudolphs Bar-B-Que, and players who exemplified leadership and hard work were presented with prizes of autographed Vikings gear from helping coaches and volunteers. As the weather in Minnesota gets below freezing in the winter months, it was a big deal to get some of these youth who are passionate about football may not have access to indoor facilities back learning from greats and running on the field again to prepare for their next season. It was also a big deal as it was the first time meeting pro players for a lot of the youth!

Thank you to the Vikings staff for allowing Tony Sanneh and The Sanneh Foundation co-host a football camp. All in all it was a great camp day, as players got to compete with and make new friends from different sides of town, learn skills, meet current and former Vikings players and staff, as well as experience the same facility that the Vikings use every day. It was also a sweet sight to see Tony Sanneh running around on an American football field! View the full gallery below. 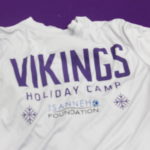 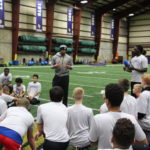 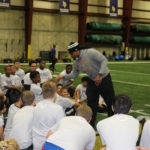 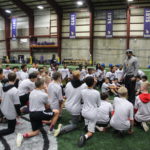 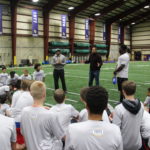 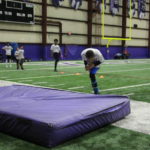 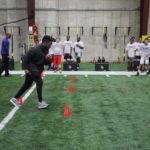 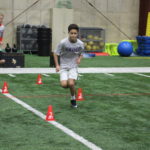 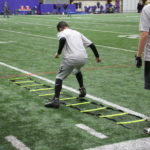 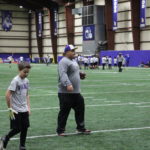 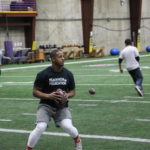 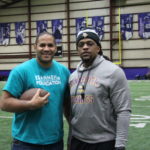 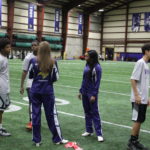 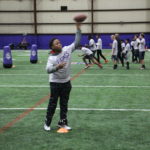 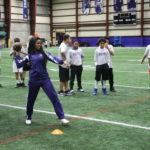 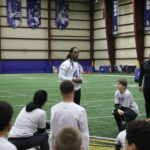 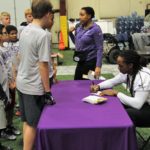 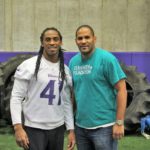 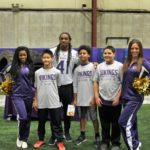 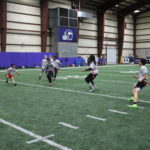 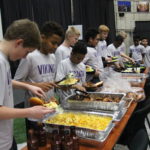